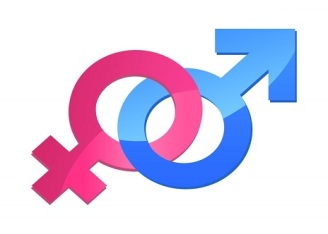 Unfortunately, Western cultural practices and ideologies (and many others from around the world throughout much of history) have greatly over-emphasized the conceptually masculine side of reality. This has caused much damage, error and distortion. I am speaking of several key presuppositions, values and habits regarding gender identity and types of societal construction long dominant in Middle Eastern, European and American societies that were derived from ancient Greco-Roman and Judeo-Christian-Islamic traditions. A lopsided focus on the conceptually feminine has occurred elsewhere or at different times in the same regions, also resulting in delusion, blunder and excessive harm. In using the terms “feminine” and “masculine”, I do not mean them as genders. Although, in some ways, there is a loose and general relationship between the characteristics that most males possess and traits used ideologically as masculine and vice versa for females regarding femininity. In this article, I am primarily referring to the way this word is used in philosophy, religious studies, psychology and theology to discuss how various parts of truth can be seen, ignored, appreciated or diminished due to the foundational presuppositions in one’s worldview.

(The table at the bottom of this article details a variety of defining aspects for conceptual femininity and masculinity.)

To have a society, philosophy or religion that is vigorously strong and realistically grounded in human nature, non-human aspects of nature and the ontological traits intrinsic to any deities that might exist, I think a thorough combination of feminine and masculine elements must be remembered, maintained, valued and engaged.

By “non-human aspects of nature”, I mean any aspects of nature that aren’t human. That includes air molecules, rocks, squirrels, water, planets, etc. It seems to me that conceptually feminine and masculine elements are present everywhere in nature, from the quantum level to the level of solar systems and galaxies. Any possibly existing gods that are connected with this universe, either presently or only in the original design, would have to possess both masculine and feminine traits in order to produce such a cosmos as ours.

Feminine and masculine traits are found in both females and males. All people are psychologically androgynous with inherent masculine and feminine energies that greatly anticipate vital flourishing. The interaction of these elements can be observed in every academic and practical field of life: history, relationships, philosophy, business, science, religion, sports, politics, etc. As well, in human physiology, males and females possess both estrogen and testosterone in great variation per individual. 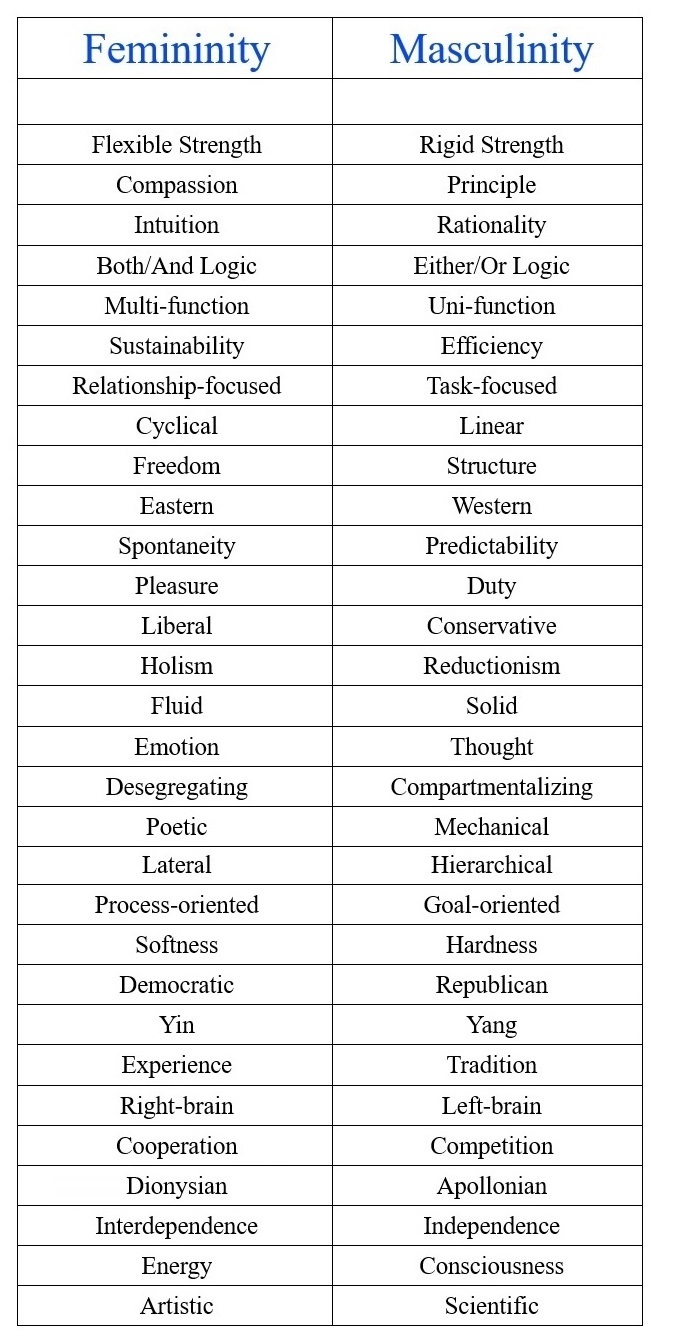