Did God Always Behave Virtuously In The Bible? 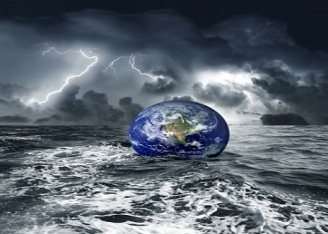 Where does ultimate morality come from?  Is there a higher standard by which we can hold God accountable for “sins” and “abuses” against the creatures of the universe?  Or are all of God’s actions automatically and perfectly wise, fair and best?

My view is that true, deep (non-objective) morality can be drawn from some combination of religious texts, humane philosophy, biological history/operation, careful evaluation of spiritual experience, individual conscience and what can be observed of what practices/beliefs are effective in protecting and encouraging flourishment for people and the rest of the natural world.  I don’t know how much of the Bible is “God-breathed”, but I do think I know what basic morality is and how the history of spirituality and science has (imperfectly) revealed more and more to universal human consciousness.  We can successfully build a practical morality inspired and guided by what brings empathy, compassion and flourishing for as many people as possible, along with the nonhuman aspects of nature.

There is a common negative reaction that people have to multiple actions that God takes in the Bible, such as direct or indirect genocide, punishing people eternally for finite sins, misogyny, directions on how to buy permanent non-Hebrews slaves (not the temporary indentured servitude available for Jews), seasonal and colonial warfare, theocracy, animal sacrifice, etc.  It is reasonable and unsurprising for people to respond this way.  If God did not want us to confront these atrocities from an ethical standpoint, then what was the point of giving humanity a deep sense of conscience and an invitation to “come, let us reason together” (Isaiah 1:18)?

How and where do we get an unchanging, fixed and universal standard from God in the Bible?  He changes many times.  If the only conservative Christian answer is some type of progressive revelation, I don’t accept that.  Surely, it would have been very helpful for God to tell Adam and Eve immediately after banishment from the Garden of Eden to not have slaves, treat women unfairly, kill entire societies because they practiced other religions and go to war so often.  God apparently didn’t do this in Genesis and he certainly did the very opposite in the later directions to the Jews on how to live.

Recently, I spent time with a conservative Christian friend with whom I’ve been having these kinds of discussions in the past (she read many of my blog postings also).  She decided to re-read parts of the Old Testament in response.  She was appalled by much of God’s inhumane attitude and actions toward His creation.  It made her uncomfortable and scared to see this fact in a new light.  Conservative Christianity typically justifies aspects of God’s behavior that appear abhorrent in much of the Bible by saying that God is excused due to His total perfection.  Yet, God made humans with inherent dignity and for Him to so readily violate this is shocking and deplorable.  Our innate sense of ethics is repeatedly jolted by the biblical God’s contradictory and seemingly immoral and excessive tirades, murders and divinely inflicted natural disasters.  God is unwilling, throughout the holy books, to give a remotely comprehensive or rational explanation of this dilemma.

I’ll share a related quote by philosopher and historian Thomas Dixon from his 2008 book, Science and Religion: A Very Short Introduction (page 56):

“We might say that God moves in a mysterious way – which certainly seems have been the case if we are to believe the many religious tales of wonders and miracles throughout the ages – but is that a good enough response?  If God created us and our moral sense, then why do God’s own ways of acting in the world seem to us not to meet our own standards of what is just and good?”

In a way very similar to how I used think of this subject when I was a conservative Christian, this friend challenged my interpretation of our dialog by saying there was likely a very good reason (though rarely understood) that God didn’t “dump every single bit of info he had to improve our livelihoods from day 1”.  She also subscribed to the “idea of God hiding large portions of himself in order that any sort of communion with Him is only possible to those who are willing to spend time and energy seeking him out”.  I replied that God waited from 100,000-300,000 BCE until about 3,000 BCE to begin sharing anything substantial about Himself and this information was very slow to reach the rest of humanity, especially when one considers how many moral contradictions are contained in the Bible’s teachings that prevented even remotely humanistic values to be understood consistently.  Only during the past two hundred years has the Christian world begun to fundamentally shed the atrocious aspects of large parts of biblical faith, such as slavery, misogyny, seasonal/colonial warfare and theocracy – and this was largely because they were forced to do so by a increasingly humanistic worldview in Western society.  Surely, there were many sincere “seekers” in that incredibly long amount of time, but the message they may have heard could have repelled them – for very good and humane reasons.  Meanwhile, people suffered not merely from ignorance about God’s supposedly primary character attributes (love, justice, holiness, power), but also regarding the causes and solutions to disease, brutality, famine, poverty, social/ethnic/gender inequality, etc.  How can this be fairly explained?

One Christian philosopher has remarked that only 2 percent of the Earth’s human population existed before Christ and so that’s not as potentially negligent as God choosing to not reveal Himself in a salvific way to the human race for 100,000 years.  Yet, if the estimates of total historical world population that I’ve seen in professional academic studies are correct, in that approximately 100 billion people have ever lived, then 2 billion people languished without revelatory assistance from God.  That’s still a very large number: 2 billion people.
And all this doesn’t include the more than 300 hundred million years in which trillions of non-human, yet sentient, animals suffered horribly through starvation, injuries, disease, being eaten alive, terror and infanticide because it was built into normative ecology.  Would a fully loving and brilliantly wise God create a world like this?  What was the purpose of that pain – having nothing to do with humans or free will or opportunities for spiritual character formation?  Further, on the human plane, how does any amount of salvation or joys of everlasting life make up for the depression, alienation, physical pain and confusion on Earth along with torture forever in Hell for billions of people?

Leave a Reply to Can Objective Morality Exist Without God? | Disagreements I Have With Christianity Cancel reply