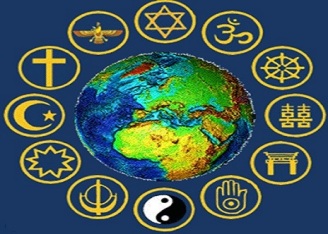 This was very shocking to me, since we’d been having many open and deep discussions into the potential objections to core doctrines of biblical faith.  I responded as copied below:

If you’re not “willing” to even consider that your current beliefs or religion could be wrong, then how can you ever claim to have or desire any level of spiritual/intellectual honesty or humility?

Isn’t possible that Hinduism is true and that you are Christian primarily (or perhaps solely) because you were raised in Georgia by Christian parents and surrounded by other Christians? Or that America is dominated by Christianity and virtually any spiritual seeking and religious/philosophical questioning in this country is unwittingly directed toward this worldview?

The Bible is full of instruction that encourages readers to pursue truth wherever it leads, “test all things” (1 Thessalonians 5:21), “come, let us reason together” (Isaiah 1:18), “always be prepared to give an answer to everyone who asks you to give the reason for the hope that you have” (1 Peter 3:15) and use natural reason to examine the actual powers of various deities along with morality in general (Romans 1).  In these aspects, the Scriptures affirm honest inquiry, healthy self-doubt and the process of learning/evaluation in order to reveal more accurate viewpoints and deeper realities.  This was the basis of argument used by Christ’s twelve apostles, the early church and theologians/apologists throughout the past two thousand years to offer Christianity to people who held other beliefs.

If you stand in error regarding your belief in Christianity, there could be dire consequences for you in this life and the next.  Example 1: If Islam is true, then all infidels like yourself are living in opposition to God and thus suffer extra turmoil right now and in a future hell.  Example 2: An enormous amount of political, scientific and social decisions are made in relation to religious ideologies, so if you’re off-base about your opinions/convictions, then you could mistakenly be supporting immoral and destructive projects.