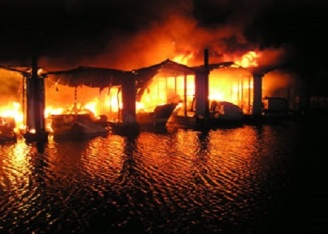 The human race did not have wide access to the Bible until the last few hundred years and much of the presentation of it by Christians was distorted by misguided attitudes or education and confusing because of wildly immature or inhumane interpretations of Scripture. So, I see the judgment of God as incredibly excessive, given how little human beings understood or knew about the Bible throughout the vast majority of history.

Plus, long before the time of Christ, for between 100,000-300,000 years (depending on which scientist/anthropologist we agree with related to how long modern humans have existed), the human race suffered in massive ignorance and pain while God looked on and did nothing to explain what His/Her design in them was supposed to function like. And this doesn’t even begin to address the many natural evils that humans always have faced that have nothing to do with human sin, such as famine, drought, earthquakes, birth defects, tornadoes, mental illness, hurricanes, volcanoes, tsunamis, diseases, etc.

The Bible gives many examples of horrendous violence that God put forth toward the Jew’s neighbors who practiced other religions (even though they did not have sufficient access/teaching regarding the Hebrew revelation from God).

Recently, a Christian friend challenged these viewpoints of mine by saying:

“It’s probably not the answer you’re looking for, but if you believe in an all powerful, all knowing creator God, then this question only has one answer. If you don’t believe in that God then no amount of reasoning will or should make you think that His judgment is not excessive.”

I responded this way:

“God being both all powerful and all knowing enables He/She to do virtually whatever God wants to do (unless it violates God’s character) and to anticipate every possible outcome in cosmic reality and human history. That says nothing about justice. How is it even remotely just for a person who has lived for a finite lifetime (regardless of how morally or immorally they behaved) to be punished for eternity with no option for appeal or later repentance beyond the grave or after the Final Judgment by Christ? And how is it fair for all humans (after Adam and Eve) to be born into an automatically damnable condition through no fault of their own? This situation means that their inherited moral imperfection is guaranteed, yet God demands perfect moral performance or else a perfect sacrifice will be required which only God can produce. It’s an impossible situation. God wants all people everywhere to praise Her/Him for opting to provide a route of salvation from a dilemma that God largely created by putting Adam and Eve in such a powerful position with so much ignorance that meant they couldn’t even challenge Satan’s temptation with any depth of argument or resistance before they gave in. Further, God created the tree that would infect them with death when they ate from it. Did God not therefore create evil?”